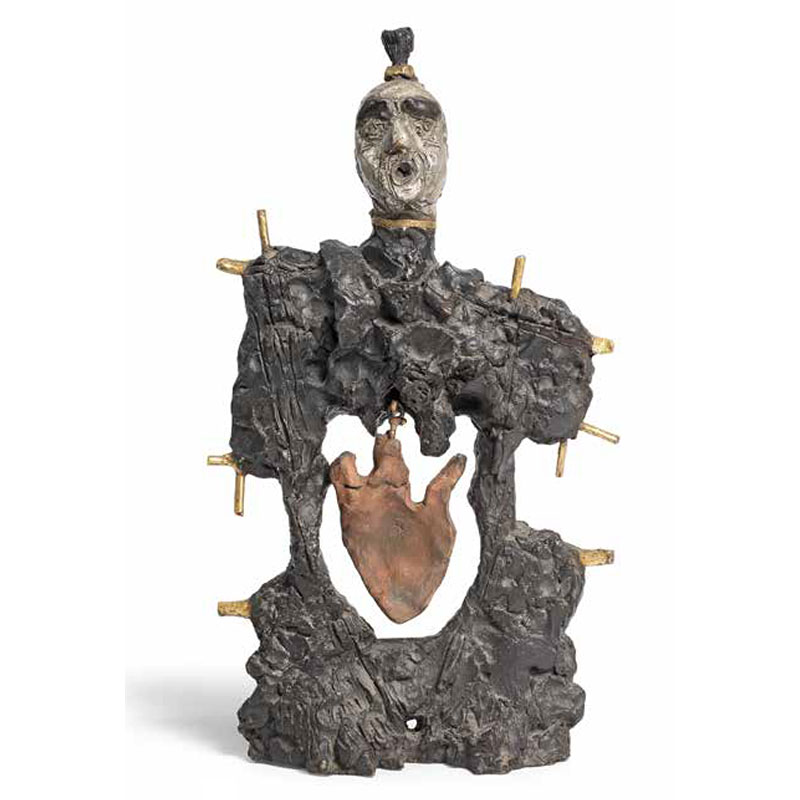 A recipient of multiple awards, Svetlana K-Lié graduated from the Faculty of Applied Arts (MA, Moscow, 2000) and continued with additional art studies at the I.I. Nevinsky Etching Art Studio in Moscow (1999-2003) and The Moscow Babushkinski Ceramic Studio (2004). She graduated from Camberwell College of Arts in 2007 (MA Drawing).

Svetlana’s work has been exhibited in the leading museums of Moscow and St. Petersburg and the Saatchi Gallery in London. Her awards include “Best Woman Sculptor of Russia” (2004) and “Best Young Sculptor under the age of 33” (2005). Four of her works were selected by the Hermitage Museum of St. Petersburg and many of them are in prestigious private collections. 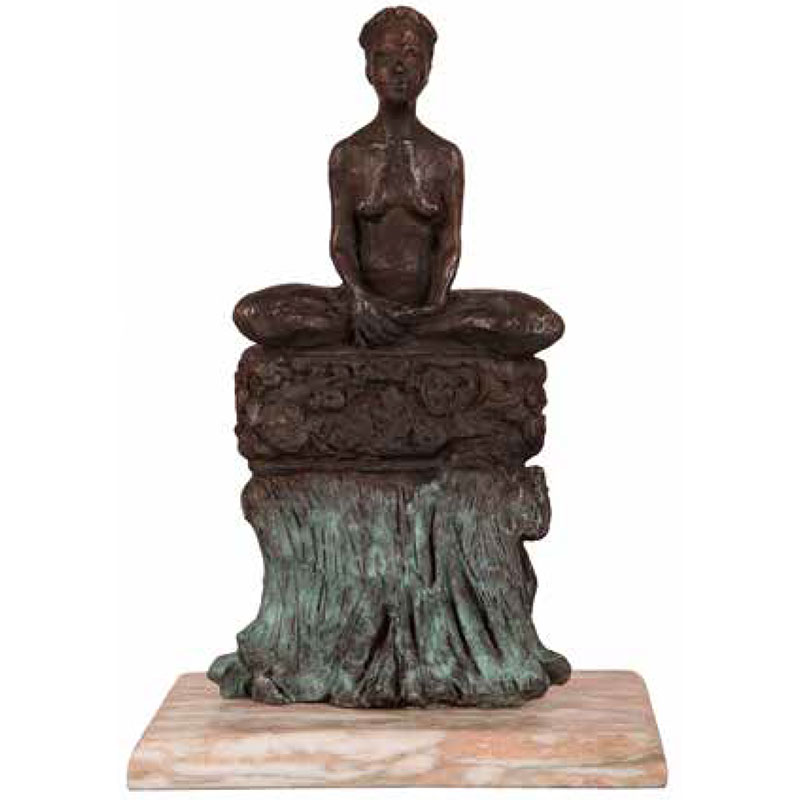 ‘Brush-woman / Female Buddha’ from the series Transformation of a Woman, 2019
bronze on a rectangular marble base
height with base: 29cm (11 7/16in). 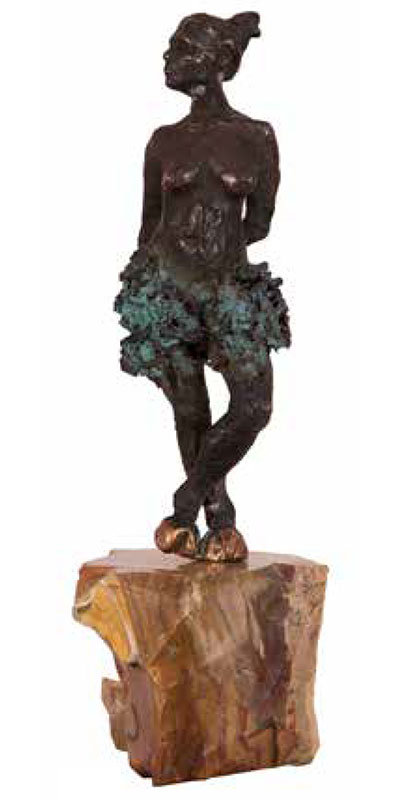 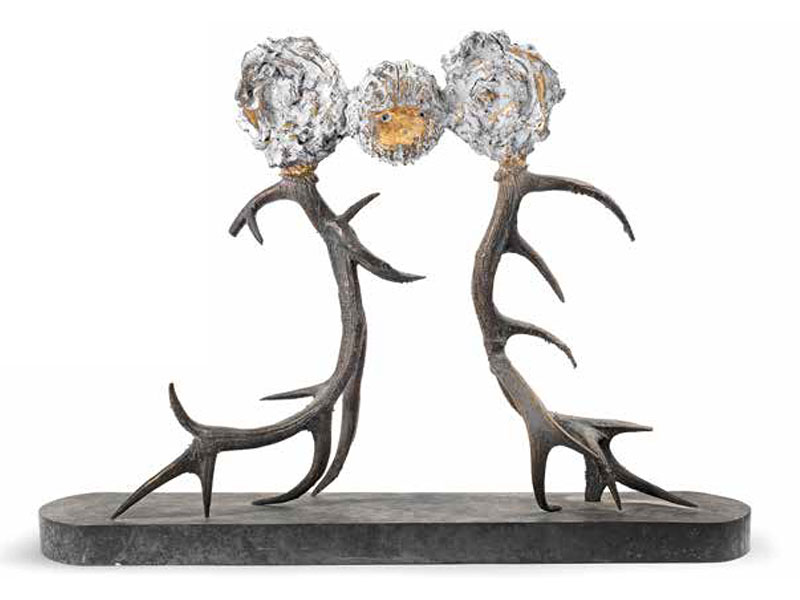 In K-Lié’s vision of this project, she merges the ideas of the Torii Gates of Transformation and the image of a pure, naïve and agender being, with huge, fluffy ears. Having appreciated the necessary qualities needed in the character, we can come to the conclusion that Cheburashka was the perfect fit.

Cheburashka is a famous Russian character that was even used as the mascot for the Russian team at the Olympics 2004-2010. It was first portrayed by his creator Eduard Uspensky, in 1966 as a being with a lot of cuteness, heightened fluffiness, ear-endowment and general cluelessness. Uspensky had been inspired by his friend’s usage of the slang word ‘cheburakhnutsya’, which means ‘to fall’ or ‘to stumble’, later transforming into the name of the being. Interestingly, the last half of the name, ‘rashka’, is now used by Russians as a slang to say ‘Russia’, further increasing the significance of the character.

Following with this theme, the head of the character in K-Lié’s project is elevated on a Torii gate, which in Japan is a gate one crosses before entering a Shinto shrine (place of the gods). The main purpose of the shrine is to house Gods and thus, the gate symbolically marks the transition from the mundane to the sacred. This, for K-Lié, comes together with the character, Cheburashka, as she sees the gates as a transition from a tangible, material world where gender and boundaries exist to a pure, boundaryless world. The theme of Cheburashka is used to show that this gate leads to an innocent and almost childish world, where there is ultimate unity with the universe and pure, untainted love. 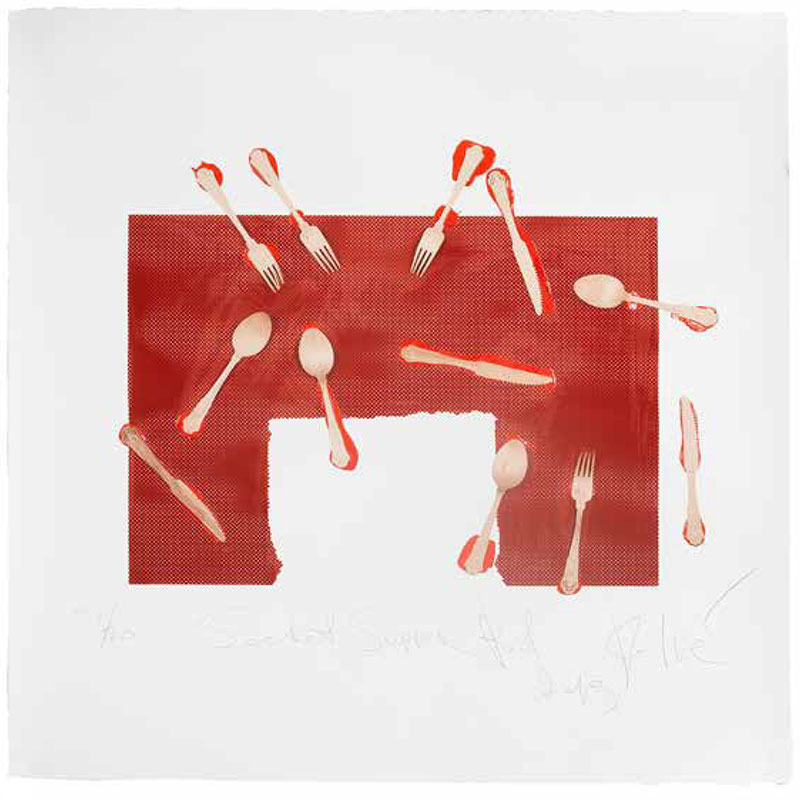 In accordance with the irrevocable postmodernist gesture, K-Lié’s Last Supper revisits Leonardo da Vinci’s work of the same name. In comparison of the series with its iconic predecessor, the absence of the traditional emblems - the figures of Jesus Christ and the apostles, the images of bread and wine - is notable. Instead, K-Lié expresses an interest in imagery (symbols, icons, motifs) that in Da Vinci’s painting are assigned the status of props: table, chairs, tablecloth or fruits. Whilst deconstructing the famous artefact of the Western canon, K-Lié’s works establish a critical look at the unspoken hierarchy of figures and details caused by the ‘natural’ laws of perspective. Da Vinci’s Last Supper is not only the most famous depiction of the given biblical scene, but an icon for the legacy of the Renaissance: perspectivism in painting. 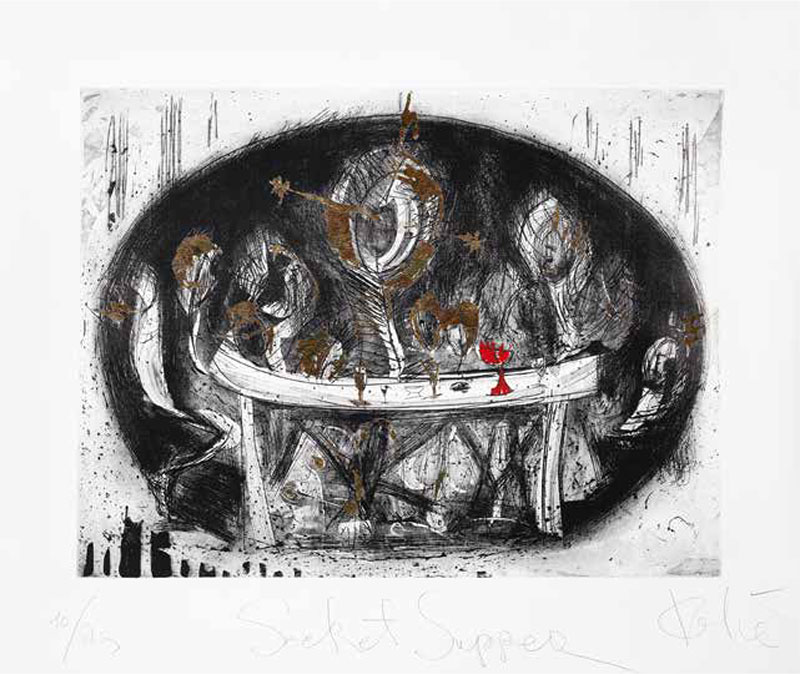